The Battle of the Five Armies: Initial Reactions 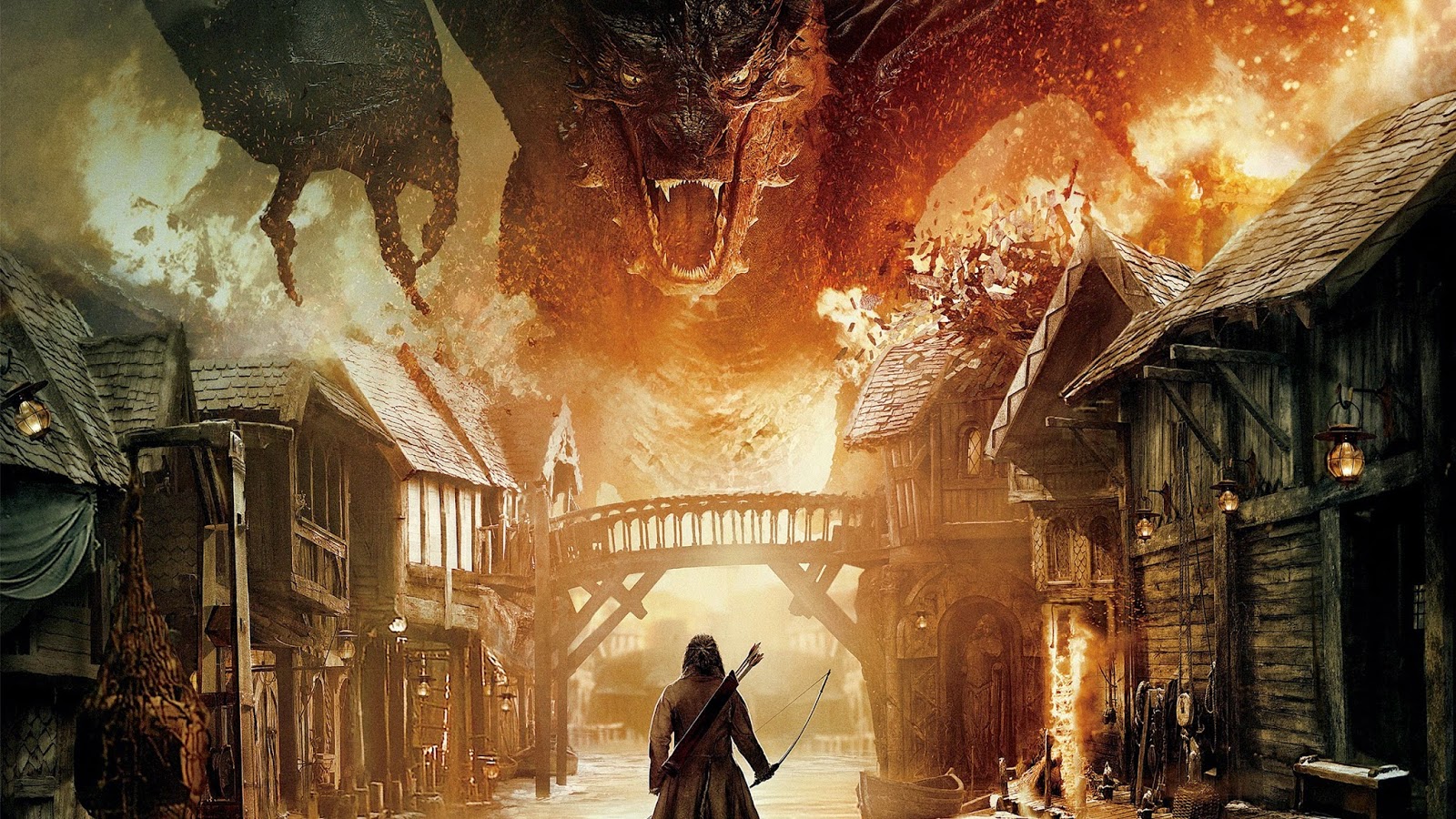 SPOILER ALERT:   If you don't wish to know some of the particulars of the latest (& last) Hobbit movie then you probably shouldn't continue reading.  Consider yourself fairly warned.
.
.
.
.
.
.
.
.
.

.
.
.
.
.
.
.
.
.
.
.
.
.
.
.
.
This was the first of the Hobbit trilogy that I was both genuinely engaged and thrilled with what I was seeing from start to finish.  An Unexpected Journey and Desolation of Smaug both had their moments where it seemed the storyline began to digress.  In AUJ this seemed to happen in the almost cartoonish battles on the bridges of the Goblin Kings halls.  In DOS this began to happen in the battle between the dwarves and Smaug in the mountain.   In BOTFA Peter Jackson kept amazing control over the storyline with the same wizardry and cleverness he used in the Lord of the Rings trilogy.

So where to start.  So many amazing storylines that came about.  Jackson certainly did a very fine job of tying the ending of the Hobbit trilogy into the beginning of the Lord of the Rings.  BOTFA had a wonderful scene where the white council ends the Necromancer's threat at Dol Guldur and Galadriel essentially casts the spirit of Sauron out in flight to Mordor.  The storyline between Thandruil and Legolas grew ever deeper throughout BOTFA and ended with Legolas in position to search for Aragorn and eventually join the Fellowship.  Jackson even did a fine job of building Saruman's storyline and eventual betrayal. As Sauron was cast out and fled to Mordor we hear Saruman turning down Elrond's suggestions to go and finish Sauron off once and for all.  Saruman is already making his play to leave Sauron in place until Saruman himself can find the One ring.

During the first two movies I was skeptical of where Jackson would go with Tauriel.  I grew even more skeptical when the love story began with Tauriel and Kili.  Having now seen the resolution of this I can say Jackson handled it wonderfully.  Tauriel's inclusion has become a most welcome addition and her character's final scene in BOTFA was one of the most emotional in the entire movie.

The movie began where Desolation of Smaug left off.  Which is something I wrote about last year with tortuous pain.  Smaug is on his way to Lake Town and his attack begins.  As this scene built I was hoping that there would be no let down as Bard finally gives Smaug what he's got coming.  Smaug seemed distant as he flew around Town raining down fire.  I was hopeful to hear him speak one more time and I was not disappointed.  Smaug and Bard had a wonderful showdown that led to the dragon's demise which we were all waiting for.  A wonderful beginning to a great movie.

One last thought, amongst many, is my delight at how Jackson handled the character of Thorin.  His fall into the dragon sickness was played out amazingly well.  Almost to the point of bringing the viewer to tears when the sickness had Thorin threatening to kill his own dwarven brothers.  But Thorin's change of heart came in the midst of the golden floor which was created at the end of Desolation of Smaug and this scene played out wonderfully.  Thorin's redemption with the rest of the company was well timed in the film and made for a great change of momentum in the Battle.

Without a doubt I would rank The Battle of the Five Armies as the best in the Hobbit trilogy and after a first viewing would have it knocking on the heels of the Lord of the Ring trilogy films as well.
Labels: Tolkien