This hike begins on the edge of Skagway, Alaska. I was on the Norwegian Jewel cruise and we had about 10 1/2 hours in port this day to have some fun. I had done some research in the past few days on hiking around Skagway and found that the Dewey Lakes Trail system made a lot of sense. There was a simple trail leading up to the lower lake and from there several options presented themselves. One could hike southwest along the lower lake all the way out to Sturgill's Landing, about a 7 mile roundtrip hike from town. One could hike northeast and head towards Icy Lake and Upper Reid Falls, about a 6 mile roundtrip hike from town. One could also take the loop hike around the lower lake. I opted for the elevation climb. A trail heads up the slope towards Upper Dewey Lake and that was my goal.

I debarked our ship around 7:30am. I wasn't exactly planning on any full-out hikes when I packed for our cruise so my gear and clothing options were limited. I had a simple black backpack, my running shoes, and 2 small water bottles. I didn't have any good trail food either so I was left to smuggle a croissant from the breakfast line off the ship. I did have my zip-off hiking pants along, but my big mistake of the day was completely forgetting them as I got dressed and instead I found myself in jeans, yuck.

There was a great trails guide on Skagway.org that helped me find the Dewey Lakes trails on the east end up town. On 2nd Ave, just past the railroad depot there is a dirt path that follows the train tracks northeast for a few hundred feet to a clear trailhead sign. Here the trail follows an old road at a steep grade to start. Very quickly it has a junction where the trail heads down some steps and then you duck under some pipelines. The trail up to Lower Dewey Lake has some steepness to it and a few switchbacks to gain the 350 feet to the lake. I ran into a couple of ladies and their dogs and those are the only people I met on the way up. 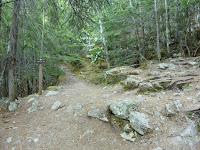 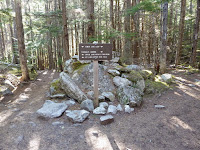 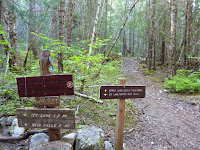 At the edge of the Lower Lake signage directs you to the left to continue on to the Upper Lake. It was here I had to make my decision. Do I go solo for the Upper Lake or do I play it safe and hike around the Lower Lake. Not knowing the area well, or the likelihood of running into larger wildlife I was indeed somewhat hesitant about the Upper trail. But I had been making great time and so I decided to at least start on the trail up. I didn't actually ever see the Lower Lake. The trail to the Upper Lake was consistently steep. As I ascended I started looking for a good walking stick. I usually love having a trekking pole with me to help with balance, particularly on the descent. I also had this thought in my mind today that in a worst case scenario, a large stick might not hurt to have in self defense.

As I climbed higher along the Upper Lake trail it was quite gloomy at points as the sun was not really hitting this side of the mountain yet and the trees were thick. I kept trudging on. About halfway up the trail crosses on a footbridge over Dewey Creek and then ascends a few wooden staircases that must bypass an old eroded trail. Somewhere above the staircases I passed on some boardwalks that moved over some wet ground. In the last half mile or so to the Lake I started seeing patches of snow here and there. There was also a flattened area that had some tall willows in it which seemed to be the early signs of treeline coming. I said a little prayer there were no bears enjoying the morning in that willow meadow. 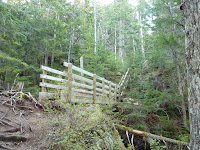 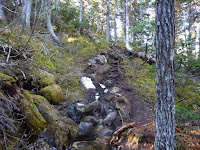 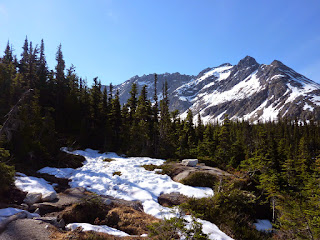 In the last 1/10 of a mile or so to the lake most of the trail was snow covered. This made a melting mess at some points and at others it was firmly compacted and I could simply walk on it. Finally sight of the Upper Lake area came and it was beautiful. I hiked up the remaining snow to a lip on the edge of the Lake which was right next to a cabin that can be rented out first come-first served. I stood on a picnic table near the cabin and took a slew of pictures and video. It was beautiful. It was 9:10am when I arrived. Spent about 10 minutes up there and headed down at 9:20am.


Video of the views at Upper Dewey Lake
I decided to shoot for making great time on the descent and began to jog down when I could. The legs were feeling great so this felt good. About halfway down the Upper trail I ran into a nice couple who were also heading to the Lake. Not long after them I ran into two other couples who were making their way up. One of them was a bit older and I told them they may have as much as 2 more hours to go. I hit the Lower Lake loop at 10:07 and began a steady jog around the meadows to the descent trail. From the Lower Lake area to the trailhead I met a steady stream of people who were presumably at least heading to the Lower Lake. It took me just 10 minutes to descend the Lower Lake trail and I was back at the train tracks on the edge of town by 10:17am.

All in all I found this to be a great hike. Though the views were few and far in between for the most of the trail, the sights at the top were well worth it. I learned a good human biology lesson after this hike as well. The next day my quads were so sore. In fact, they would be sore for almost the entire next 7 days. By 2 days after the hike I was completely unable to job on my legs. I found walking to be mostly okay but jogging was out. I did some reading on this and found that delayed onset muscle soreness is quite common when you've done downhill running and you're legs aren't used to it. Well, I did 3 miles and 3000 vertical feet of that today and it really took its toll on my quads. Lesson learned.

You can see all of my photos from this hike on Google Photo Albums, just click the photo below: 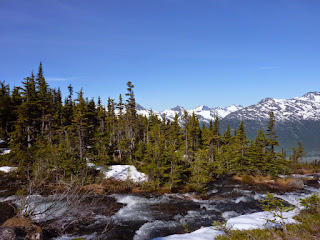