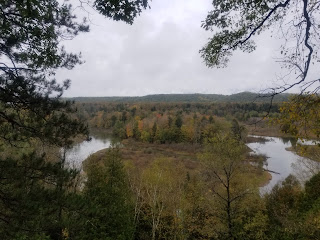 
Trip Report:
I first heard of the Manistee River Trail when I saw a list of the Michigan Triple Crown of FKT Trails. They included the Waterloo-Pinckney Trail, the Pictured Rocks Lakeshore Trail and the MRT. I was quite frankly surprised I hadn't come across it sooner. It was clearly a classic Michigan Trail and so I wanted a chance to enjoy it. A conference up in Bellaire put me in the perfect range to give this a go.
The trail is situated a few miles southwest of Mesick, Michigan which is about 20 miles northwest of Cadillac. As the name implies, the trail follows the Manistee River. At its northern end the trail begins near the Hodenpyle Dam. The MRT itself is roughly 11 miles from the Seaton Creek Campground to the Red Bridge. This is all on the east side of the Manistee River. But more is to come on the west side of the River. The North Country Trail offers another 10.6 miles of great trail plus an extra 1.4 back to the Seaton Creek camp making for a fantastic 23 mile loop.
I chose to do the NCT side first as the morning was fogged in and I hoped to take in the views on the east side if and when the clouds cleared a bit late morning. I parked at the Seaton Creek campground trailhead and put my $7 in the daily use envelope. The connector from the trailhead at the campgroundf to the junction by the river and the Suspension Bridge was flat and winding with thick brush on both sides.
For the run/hike today I wore my Osprey Rev 6 pack. I had 1.5L of water and some snacks. I also brought along my Sawyer Squeeze filter and a pair of trekking poles. I was out intending to keep it as a light run not hesitating to put in some hiking miles. My fitness was topped out in August for the Marquette 50 Ultra and I hadn't been able to do much since so I really wasn't sure where I would be at. In that light I felt like I made a great personal discovery today. I tried a system of completely ignoring the pace numbers and instead followed the heart rate numbers. The goal was to do a run/hike mix keeping the HR at or below 130. This went really well. As the miles added up I felt like I was staying quite fresh and finding that coveted "all-day pace".
The big problem I ran into today (literally) was rolling my ankle not far from the suspension bridge about 1.4 miles in. I roll ankles a lot on the trails but most of the time I catch it quick enough to not do much harm. Today's was different. I could tell quickly that this was worse. It was immediately showing discomfort but not a great searing pain. It also wasn't hampering movement so I made the fateful choice to head onward for the 23-mile loop. Oh I would pay the price for that. 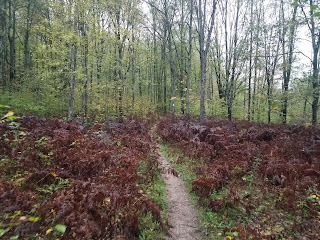 The connector from the bridge to the NCT winds near the river and then bends north. When it made that hard turn north I had a brief freak-out moment. I was expecting to be following the river and this turn was seemingly out of place. I thought maybe I had ended up on the connector to the Marilla TH. A quick check of the GPS reminded me all was well. I followed north and found the easy junction to start on the actual NCT.
The NCT heading south was great trail, almost double-track at times. It was completely easy to follow the whole time and actually in better condition than the MRT. The NCT stays on a bluff most of the way above the river. The MRT stays close to the river and is having erosion issues in several spots. I was making the miles well keeping my easy HR pace. I bumped into 2 or 3 other small parties who were seemingly out backpacking along the NCT. The big challenge of this section is several large up and down climbs. Several hundred feet at a time with the climbs and descents. Perhaps it was a good thing I did these miles first today to get the bigger elevation time out of the way. 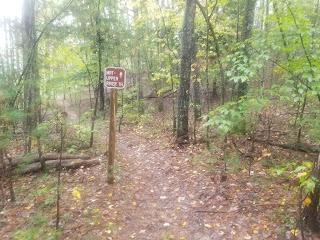 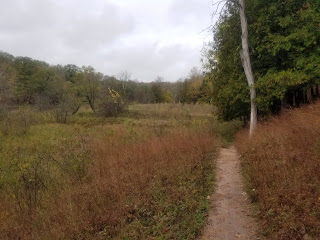 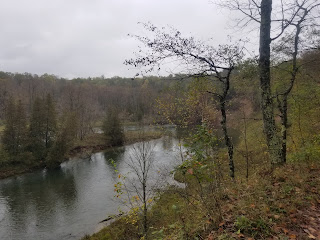 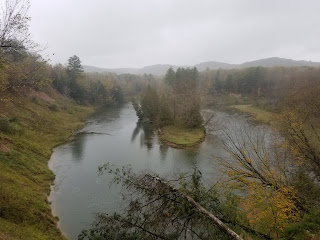 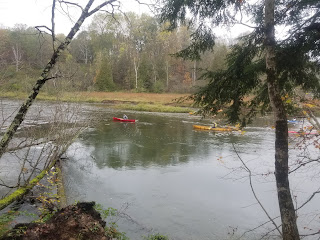 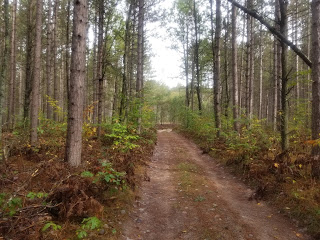 Track:
I have a track and waypoints from the hike all contained in the embedded Google Map. Check it out and use at your own risk. PLEASE NOTE THAT MY TRACK DOESN'T FOLLOW THE FULL MANISTEE RIVER TRAIL. I TOOK AN UNINTENTIONAL DETOUR ON THE NORTH END FOLLOWING SOME FOREST ROADS. This difference can be noted in my shared map.
Labels: Michigan Running Trip Report
Location: Manistee River Trail, Hodenpyl Trail, Mesick, MI 49668, USA