This hike began as a very early morning out of Boulder. We sought to get out of our hotel by 1am and onto the trail by 2am. We had a wake-up moment on the drive to the trailhead as I figured out I had left my hiking boots back in the hotel. We were fortunate that my father (Denny) had an extra pair of running shoes in the vehicle that we put to work. We weren't too keen on the idea of me trying Longs in the pair of sandles I was wearing.
This was our first hike using headlamps and as we would come to learn, headlamps are a bit of a delight while hiking. While you don't get the views, you do get the time passed quite nicely which was a huge benefit for us on the long hike up Longs. By the time the beautiful morning sun began to his us we were nearing the Boulderfield.
The boulderfield is quite an amazing place as we passed several groups camping up there. It is quite large but not too difficult too navigate through. The keyhole was quite evident ahead of us as we began to ascend to it.
From the Keyhole the route follows several clear-cut obstacles to the summit. These were named as follows: The Ledges, the Trough, The Narrows, The Homestretch and the Summit. The Ledges are a traverse along the west side of Longs where the route follows yellow targets painted on rocks. After the Ledges come one of the most hazardous parts of this route: the Trough. What made this so hazardous is that it is a relatively steep, rocky, narrow climb with *lots of people*. From the Boulderfield on there was plenty of traffic on the trail. There were people young and old on the trail. The climb up the Trough is not overly difficult if you are careful of the potential of rockfall. After the trough came our first 14er experience of harrowing exposure. The Narrows live up to their name quite well. The actual hiking need not be dangerous as the most difficult part here is the first few moves to get into the Narrows. After that the hike/climb is a few feet wide to give one enough space to move. At the end of the Narrows you get a clear look up the Homestretch to the summit. This section also tested our ability to deal with exposure. The slope to climb had a pretty good steepness to it and enough exposure below us to really make us think about it. The hike up we would find was much easier than the hike down.
The reward at the top was magnificent. The summit is huge and the views spectacular. We enjoyed a great rest on the top before the long hike down. The descent down the homestretch was possibly the biggest challenge of the day. I mostly scooted on my rear-end with feet out in front to feel as safe as possible with the exposure out front. The rest of the descent down to the Keyhole went easily. From the boulderfield and on we received a lot of rain and it made the several mile hike out a wet one.

I did not have the original track from this hike so I have included one from a more recent hike on Longs:

My photos from this hike are below: 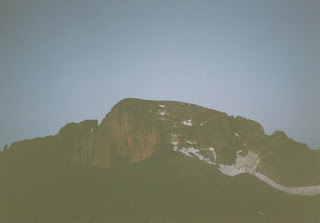 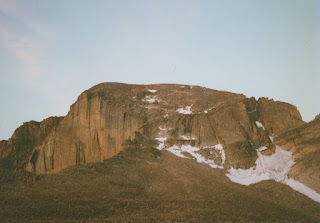 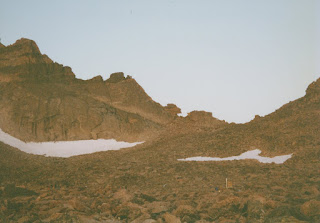 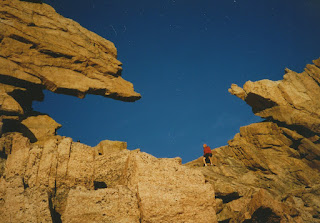 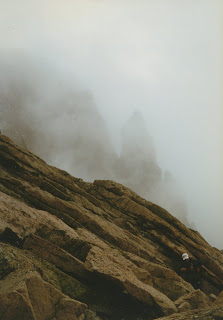 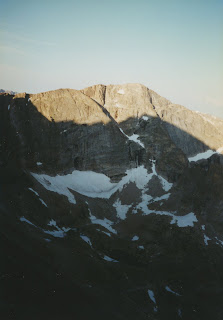 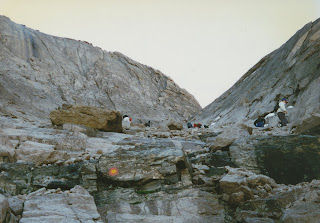 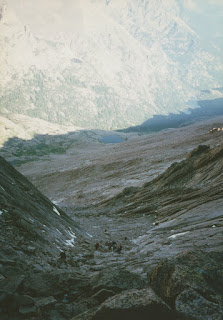 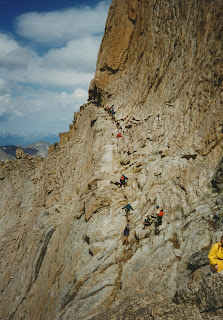 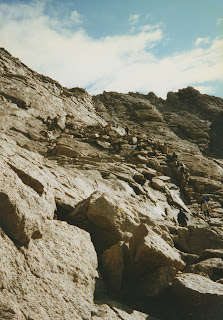 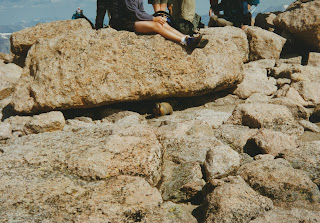 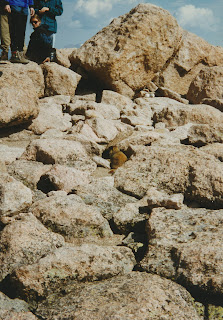 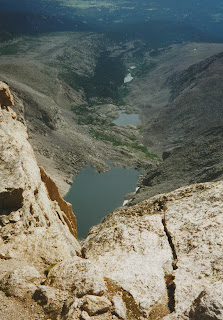 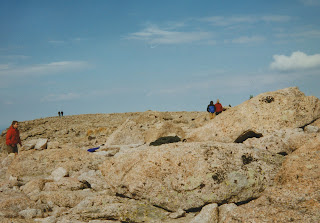 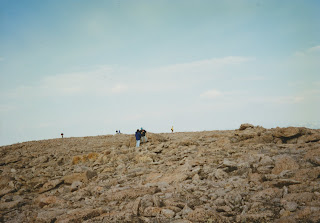 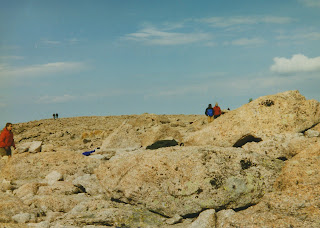 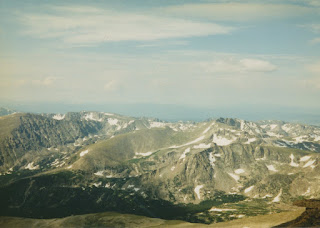 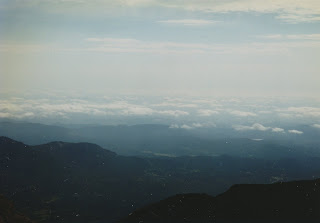 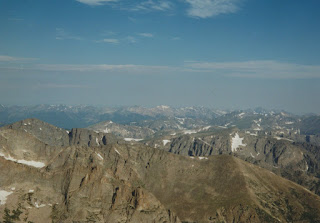 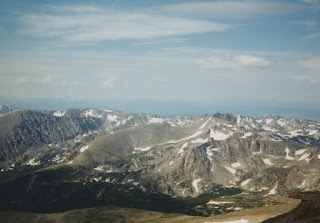 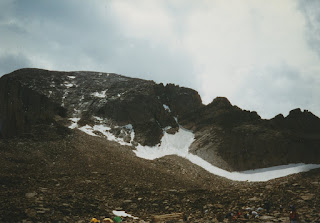