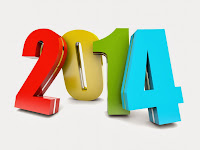 I'm readying to take this new year by the horns and have a great one.  So here we go. I always chuckle how we go through this ritual and every year I hear, and likely say myself, "I can't believe its 2011! [or 2012, 2013, 2014, etc].  But this oddity soon wears off.  In fact, as far as 2014 goes it seems we're well on our way to being used to it already.  As you well know, it is also a comical part of American culture to make new year's resolutions.   They're essentially lofty goals that we pretty much have no chance of keeping, but for whatever reason, because the calendar is new we think we can make some great, grand changes in our life.

What I am putting forth then is not so much your been there, done that, new year's resolutions.  I'm not sure I've ever made one of those.  I do however have goals.  Healthy challenges for the year to come.  None of them are great changes in lifestyles because those just don't realistically change over night.  The goals I have and I share are more like challenges and achievements to shoot for.   You could say they will be the carrots dangling before me in the months to come to push me to excel and to
continue to push forward.

Without any further ado, here is my 2014 list of goals:


1.  Run a Marathon
In 2013 I had a running explosion in my life.  I ran more miles last year than I'd run in probably the previous 5+ years combined.  I was blessed to do so almost completely injury free and I was loving every minute of it.  I've bogged on some of my running before so I don't intend to tell my whole story here, but I was so very humbled with the personal achievements I was able to hit and I intend to seek out more in 2014.  I ended last year with a personabl best distance of 16 miles.  If it weren't for the cooler months arriving I might well have pushed further on to marathon distance sooner.

I don't have my sights set this year on any particular race and its possible I may run my marathon without doing it in a race at all.  In my research on this topic I've come to find out that the vast majority of large marathons are all run on Sundays.  And it happens that my job has me working every Sunday morning, I'm a pastor after all.  So I'm left in a conundrum of small choice to accomplish this goal.  I've also always told myself that my personal running has never been about races but about seeing how far I can push myself.  And with that thought I might just well do this on my own time.   Time will tell.

My father, brother and I draw ever closer to accomplishing one of our biggest life goals and that is to hike the 54 fouteeners of Colorado.  We are within 5 now (6 if you count my father needing N. Maroon) and we can nearly taste the finish line.  What started as simply some family fun in the mountains has continued on for the past 22 years and has become an amazing bonding experience amongst us 3 guys and we look forward to having the possibility of finishing them all.

Capitol Peak is arguably the biggest obstacle still standing in our way.  It is commonly considered to be the most difficult of the 14ers via their standard routes.  It has the infamous Knife Edge (go look it up on YouTube) and plenty of class 4 rock climbing even after that.  Its not for the faint of heart and it will definitely push us up to our limits of ability and heart. 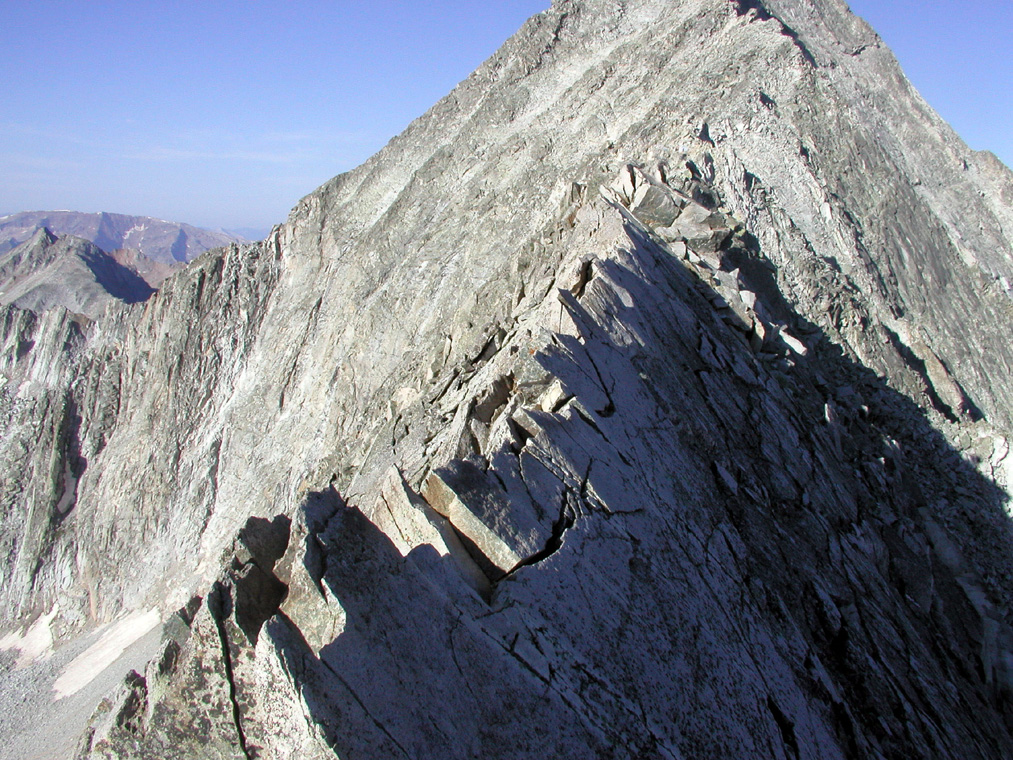 We've been putting it off for years but now as the end is in sight the time has come to give it a go.  We had actually talked at one time about leaving it for our very last hike.  It was a "let's do it, only if we have to" kind of thought.  But we've also considered that we'd like to finish on more of a sure and safe hike that we can enjoy possibly with more family and friends.  With that thought in mind we've now decided to save Mt. Evans to the last.  This means Capitol must be tackled and this year is the year. 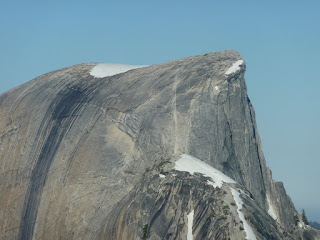 While not nearly the challenge that Capitol is, Half Dome is more of a logistics challenge of getting there, getting the right weather, getting the cables up, and then doing this thing.  Its also a small vendetta that I have with Half Dome in that when I was in Yosemite in 2011 a massive snow year left us in an early June position of not having the cables up yet.  While we still rocked Yosemite and had some great hiking it surely left me and my compatriots with a hunger to go back and accomplish this awesome hike.  Thus, we'll be making a return again this June, a week and a half later than in 2011, hoping for simply the opportunity to make this one happen.  I'm so ready to hit the top of this peak I've even considered doing it without the cables up, but let's hope that doesn't have to happen.

4.  Continued Growth in my Vocation as Pastor
Usually I like to pick goals that are measurable and can be knowingly achieved.  I believe the first three above to fit that criteria.  This one, not so much.  I'm breaking that rule here because I see this as an important step for me to continue to take in my life and one that is at the forefront more now than ever.  You see, last December the Senior Pastor at my congregation took a call to another locale.  It has left me currently in the position of being the sole pastor and its been quite the experience already.  In many ways, I'm loving it.  I'm loving that I'm being challenged.  I'm being forced to handle all the responsibilities and I think its something I've needed.  Its also admittedly a little daunting at times as I feel as though I can never rest.  There is always a feeling that the next phone call or the next hospital visit is always looming.  My hope and prayer in 2014 is to continue to grow and continue to push myself in my vocation.  Its a hope that I can continue to serve the congregation entrusted to me to the best of my abilities and by the grace of God.

Wish me well in the year to come.  Hopes and prayers for no injury and setback will be offered often for the goals I've set ahead.   Please feel free to offer your own comments and goals for the year to come.  I'm excited to see what God has in store for each of us.