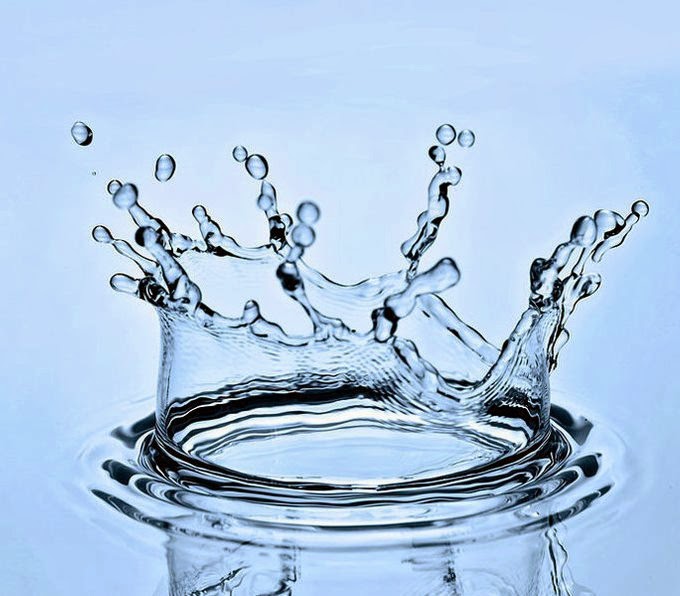 Brothers and sisters in Christ, peace be with you, Amen.

You have heard before, that at high elevations its harder to breathe and there is less oxygen in the air?  Now, if you haven't heard this, that's okay, just fly out to Denver or somewhere in the mountains some time and try walking up a flight of stairs.  Its almost an exercise in futility on your first go, as you're huffing and puffing just trying to catch your breath.

But my first comment is true only in part.  It is much harder to breathe, the body must work overtime to survive and function properly at high elevations, but oddly enough, its not because there is less oxygen.  That's actually a common misunderstanding.  Scientists tell us that the concentration of oxygen at sea level and at high elevation is relatively constant at around 20%.  The big challenge to our health comes because the air pressure is lower at higher elevations.  And because of that our bodies cannot absorb the oxygen so easily in the lower pressure.

I think about things like this a lot when I travel into the mountains.  Survival in such places is more of an every day thought.  And as much as being able to breathe properly is a very important concern, its not the biggest concern for you or me or anyone at high elevation.  Breathing thin air is something our bodies can adapt to, we call that acclimatization.  There are even people who live year round at elevations as high as 15,000 feet above sea level.  Thus, the greater concern is something else entirely.  And its actually a word you've likely heard before, its called dehydration.

At high elevation because you are breathing more rapidly to get the oxygen you need you're also losing water vapor in your breathe more quickly.  The natural humidity in the air is also typically lower which means you need water, and lots more of it.   We find that when we hike at high elevation we can drink a gallon of water in a day easily just to keep up with our body's needs.

Of course, even at sea level, water is still vitally important to you as well.  On a daily basis your body constantly tells you of thirst.  Your body is always consuming and using and expelling water.  A lack of it affects our bodies in drastic and potentially fatal ways.  When a person suffers dehydration their thought processes become more confused, organs in their body can begin to shut down, energy to do even simple tasks wanes, and much worse can happen.

Jesus makes a similar point to the Samaritan woman he meets at the well.  They too talk about water, living water in fact, and how important it is.  Jesus even talks to the woman of thirst and a solution He has to solve that problem once and for all.

But before we get to the solution, first we need to re-examine the problem.   This is the method Jesus uses with the Samaritan woman.  Its a method teachers of the Word like to call Law & Gospel.  Jesus connects with the woman through a simple request for water.  He further develops this connection with some enticing teaching thoughts about what He can offer her in the ways of living water, and how he could solve her problem of thirst.  And as He sees her more and more interested and drawn into the conversation, He then opens her heart with the Law.

We would all love to picture ourselves as people who would so readily and consistently listen to our Lord Jesus, but the reality is quite the opposite.  Our busy ears are usually only attentive to the voices that speak most to our wants and needs.  Oh, you have something to offer that I want?  Now you have my attention.  Jesus speaks of living water to the woman.  She is intrigued.  But He may not have her hooked just yet.  He then tells her of water that will never leave her thirsty, water that will well up as a spring of eternal life.  Now she's almost there.  "Sir, give me this water" she says.  She's practically like the fish that has bit into the hook.

Jesus just has to reel her in.  And He does so first with the Law.  He tells her "go and call your husband."  An odd request on Jesus' part, but He knows where this is headed.  She says "I have none."  And Jesus says "You're right. ... for you have had 5 husbands and the man you have now is not your husband. What you have said is true."  Jesus leads her into a confession of her sin and guilt.  Not to be judgmental of her, though His Words rightly convicted her.  But rather to open her heart to see its greatest need: repentance.  And she has realized, that Jesus' speaks with words of authority.  "Sir, I perceive that you are a prophet" she says.  And she begins to ask about worshipping God.

And now, she is ready for the Gospel.  That's a great place to be.  And Jesus has masterfully led her to this place.  He connected with her on a simple level.  He led her to a place where she wanted to hear what He had to say.  He gave her the Law that she needed, a Law that opened her heart to its sin and its need of a Savior.  And now, through the precious words of the Gospel, He is going to deliver that Savior.  He tells her, "true worshippers will worship the Father in spirit and truth, for the Father is seeking such people to worship him."  Jesus is describing people who have the Spirit at work in and through them and this happens through His Word and Sacraments.

People that worship in spirit and truth are people who live by the Word of God, having received it in their hearts.  They are people who have received the Spirit through holy baptism, through the body and blood of Christ.  It is as we learned this past Wednesday, we are people that need to receive God from the outside in.  To be of the Spirit is not something we can develop from the inside out, on our own.  No more than our body can create its own water to hydrate itself and keep itself well.  As we constantly need to drink, and to take in the things that will keep our body healthy and thriving, so we must have our spirit fed by receiving and receiving of God's grace and all that He offers us.

And the Gospel, good news, is that our God is always offering.  As people whom God is actively seeking out in this life, the question becomes, will we partake of what God is offering?  Will we by faith continue to ask of God and receive from God all that we need and all that He is offering?  Or will we become dehydrated Christians.  Will we begin to lose function because we lack the Living Water of Christ?  Will our thoughts and understandings become unclear because we are so spiritually thirsty?  Will we dehydrate ourselves to the point of spiritual death by depriving ourselves of God's gifts to us through the Body of Christ, the Church?

Jesus offered to the Samaritan woman, as He offers to us today, a living water, that when we partake of it we might never have to thirst again.  A water that will become in us a spring of water welling up to eternal life.  Let us be sure we will always know to whom we should turn to find these heavenly gifts, as did the Samaritan woman at the well.  She rightly knew, a Savior is coming, who will tell us all things.  And as Jesus told her, He tells you also today, "I who speak to you am He."

To God be the glory, Amen.