Which Came First? Death or Man? 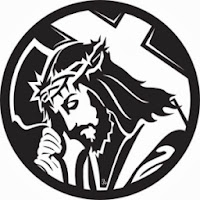 
Brothers and sisters in Christ, God's peace be with you, Amen.

From Alpha to Omega, the beginning to the end, from everlasting to everlasting, the Bible is God’s Word. I think that’ll be a good starting point for us, and not a bad ending point either, for us this morning.

Here is where the wheels fell off on this whole journey that we call life, it happened with our first parents. Adam and Eve. They had it all. They were the only humans in history to literally know paradise on earth. They were made in God’s image. They were perfectly holy, perfectly righteous, perfectly perfect.

But, they blew it all up in one singular problem that has since plagued every last soul to walk this earth, less just one, named Jesus, and that problem was: they didn’t listen to God’s Word. Plain and simple. What had God told them? Just one Law we are told they were given. Don’t eat from the fruit of the Tree of the Knowledge of Good and Evil. That’s it.
So what do they do? They eat from it! With a little bit of help from the devil of course. The devil pulled out from his arsenal his most dangerous weapon. Perhaps his most effective weapon he has to use against us. This is what it sounded like: “Did God actually say?”

Has he ever asked you those words? Have you heard them uttered from your own lips. “Did God actually say?” The devil’s game is to sow the seeds of doubt into our minds. Is it really God’s Word I have in front of me? Has God really been clear as to what He wants of me? Our first parents bought this one hook, line and sinker.

This is part of one of the great battles of our time. Whose word do we listen to? Who is the real authority on the matters of this life? Who ultimately makes the rules? Is it me? Is it our world leaders? It is the wise and the scholarly among us? Is it God?

When we are confronted with questions like these it is important for us to know how to answer. And don’t worry, it won’t take a doctoral degree or lengthy years of memorization, or even a quick wit to be able to do this. Jesus shows us the simple method. In Matthew 4, the Devil approaches Jesus during his 40 days of fasting in the wilderness, a moment when Jesus was suffering great hunger, and he tempts him with bread. What does Jesus do? He quotes God’s Word “Man shall not live by bread alone, but by every word that comes from the mouth of God.” (Deuteronomy 8:3).

Jesus in His response not only shows us the proper method to answer life’s questions, but He also gives the right answer to the original question at hand. We respond to the Devil’s temptation with God’s Word. And indeed, God’s Word is the Word we should listen to in the first place. It is the way we live, “by every word that comes from the mouth of God.”

When it comes to authority on the matters of this life, on the ways of this world, we know whose Word now to trust. It is God’s Word in Holy Scripture. This is a Word for us to be proud of, to stand behind, to trust, to follow, to inwardly digest, to proclaim. Sad is the state of Christianity when we demote Holy Scripture to being merely a nice guide to consider for this life, but certainly not absolute truth.

The fact is, not only can we follow God’s Word as a reliable authority in this life, we can rely on it to give us the answers to life’s biggest problems. We can use it to calm life’s great questions and doubts.

For example, a question that is growing more and more prevalent in our modern society, and even amongst our fellow Christian churches, is can we really rely on the first eleven chapters of the book of Genesis? Are we trying to swim upstream or are we blindly following words that get contradicted by our clear observation of the world around us?

When we sit down and read Genesis 1-11 one thing has always been clear: it reads like a history book. Scholars throughout the centuries both Christian and non have almost universally always agreed on this thought. Even you and I can look at these Words and compare them to other forms of writing, like poetry in the book of Job, or apocalyptic literature in the book of Revelation, or history in the book of 1st Kings, and we can find, Genesis reads like history.

Let’s let God’s Word be the final word on these questions. We have His Word from Romans chapter 5 today. Romans 5:12 “Sin came into the world through one man, and death through sin, and so death spread to all men because all sinned.” That’s pretty evident as we observe ourselves and the world around us. That certainly agrees with what we have also heard from Genesis 3 today. Adam and Eve sinned. They disobeyed God’s Word. Sin and death came into the world through this one act of disobedience.

These words are pure gold here my friends. Think about what these Words from Romans are telling us about Genesis and about Jesus today. The first Adam, the first man, brought sin and condemnation into the world and made all sinners. The last Adam, that is Jesus, by His perfect obedience, which we saw a glimpse of in Matthew’s Gospel today, has brought about justification and life now for all men. The two go hand-in-hand. The first Adam, the last Adam that is Jesus. The two pieces of the puzzle are inseparable.

Without Adam’s sin, Jesus’ obedience and His death for sin on the cross is irrelevant. Likewise, without Jesus’ work, we are left with the results of Adam’s sin: eternal death.

Now let’s take these beautiful truths and use them to help us answer our earlier question: what about Genesis? Can we rely on it? Well the witness of God’s own Word, in the actions of Jesus, in the testimony of the New Testament is a resounding and emphatic yes!

Let’s look at Genesis from just one more perspective. Because there are some in this world who are convinced that this world must be very, very old, yet, by conscience they are also bound to believe in the significance of the Bible, this paradox has led many to believe that perhaps a literal reading of Genesis, just won’t do. That perhaps what Moses meant to record for us is that these days in which God made all things were perhaps very long time periods of millions of years.

I mean, maybe we can compromise the Bible with certain other points of view? Maybe? Maybe not. Knowing what we know about Adam and Jesus now, that in Adam’s first sin death was brought into the world, and that Jesus’ perfect obedience was the answer to sin and death, we can apply these truths to the compromises we are tempted to make about Genesis. If these days of Creation really were long periods of time and the literal reading of God’s Word isn’t the right one, then consider what that means about life on earth during those very very long days. As millions of years would have passed what would also be happening in this perfect paradise God had made? Lots of things would be dying. Lots of death, lots of bloodshed, lots of disease, lots of suffering, and all of it before Adam’s first sin which brought death into the world.

My friends, such a compromise just destroyed the very truths God’s Word has already told us are in place. If sin and death were in the world over long periods of time before Adam actually brought sin and death into the world as we read in Genesis 3, we have a very big problem. Either Romans 5 is true and Jesus is the answer to the problem of Adam, or modern compromise is true and sin and death abounded in the world before Adam and Eve. You can see, this is why we can, and we must rely faithfully on the authority of God’s Word. When we add our word, and the words of our fellow man and woman, we just end up with a big mess. When we let God speak for Himself, we can let truth reign and be proclaimed. When we let God speak we can rest faithfully upon His witness to the beginnings of life, and what He has done to answer our biggest problems in this life, those being sin and death.

When we let God speak our ears and our hearts are ready to receive His most precious Words of the Gospel, that though we are in the thick of this problem of sin, and though death is our greatest enemy, waiting for us at every corner, He has spoken the last word “O death, where is your victory? O death, where is your sting?” For Jesus has won the victory, He lives, and He reigns, and from everlasting to everlasting, the Bible is His Word.

To God be the glory, Amen.
Labels: Sermon Theology