"Leave the Mountain with Jesus" 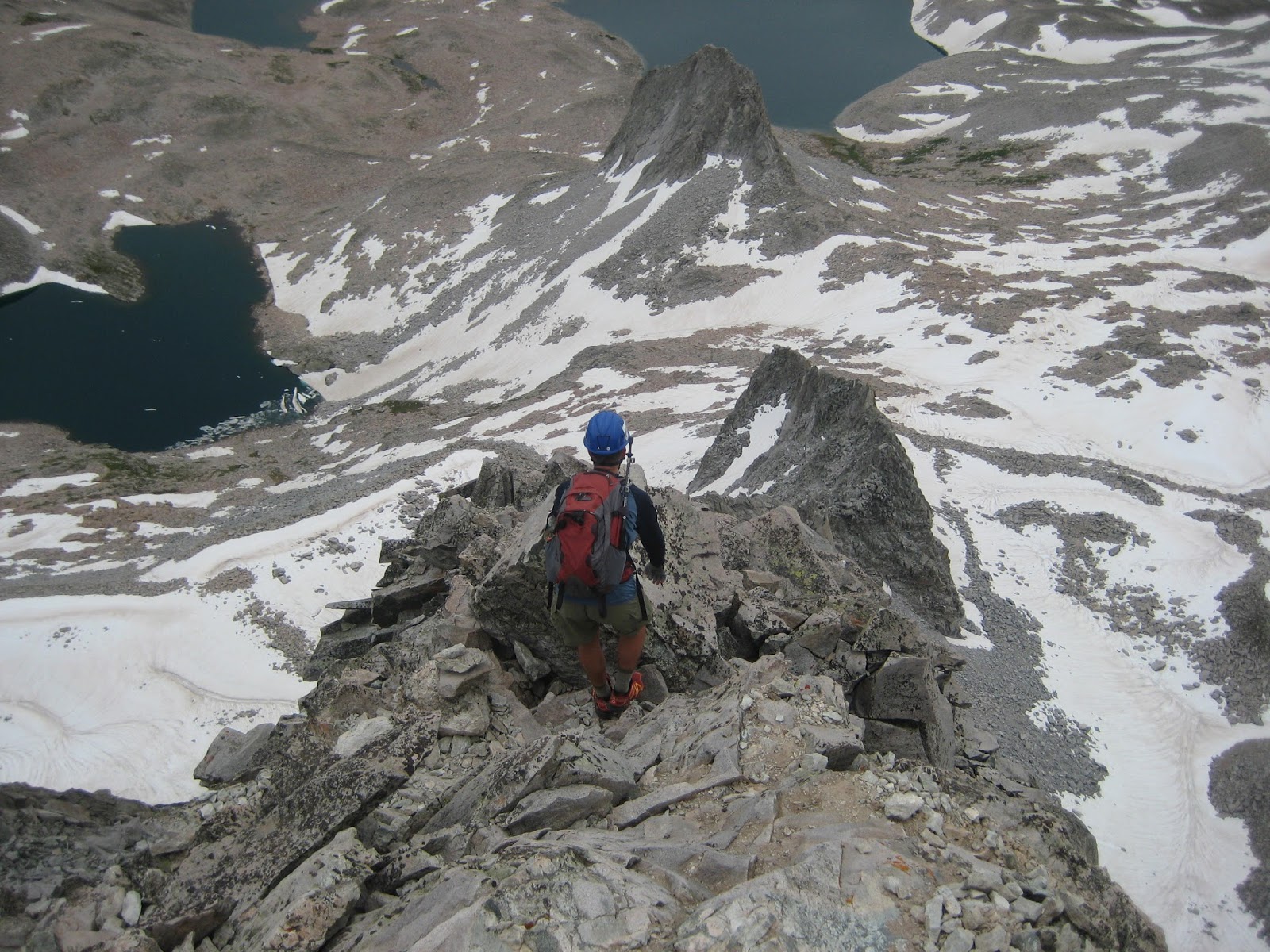 Brothers and sisters in Christ, grace and peace to you, Amen.

Today we stand atop the mountain with Jesus.  We see Him there today alongside Moses and Elijah, as well as His disciples Peter, James, and John.  We’ve been climbing this mountain throughout the Epiphany season.  We’ve followed Jesus from the visit by the Magi in Bethlehem to His first miracle in Cana, and on through His early ministry of healing and teaching.  Along the way we’ve been unraveling layer by layer the true identity of Jesus.  As we’ve climbed higher and higher this Epiphany season we now find ourselves atop the mountain peak with the conclusive evidence of Jesus’ identity: the full glory of God is revealed in Him today as He is transfigured and shines dazzling white, and we hear the voice of the Father, "This is my Son."


As we witness Jesus atop the mountain today in all His glory we also witness something rather odd that was spoken to Him by His disciple Peter.  He said “‘Master, it is good that we are here. Let us make three tents, one for you and one for Moses and one for Elijah’ -- not knowing what he had said.” (Lk 9:33).   Peter speaks for the rest of us.  Who wouldn’t want to be on that mountain to with Jesus and Moses and Elijah.  But there is a problem with it.  Jesus doesn’t intend to stay there.  In fact, He can’t.  As glorious as it was atop the mount that wasn’t why Jesus had come.  His mission didn’t end there in His transfiguration.  In fact, it was still really just getting started.

I say Peter speaks for the rest of us in wanting to stay atop the mountain with Jesus because we think the same way.  That was a great place to be, no doubt about it.  We’ve been to places like that in this life.  Not many go to Disney World, or the beach, or a mountain retreat and are quickly ready to leave. We’ve been in moments like that, moments that we would keep forever, moments that we would never let go.  As our children age I think many parents can think of a number of moments just like that.  But we can’t stay in them either, can we? 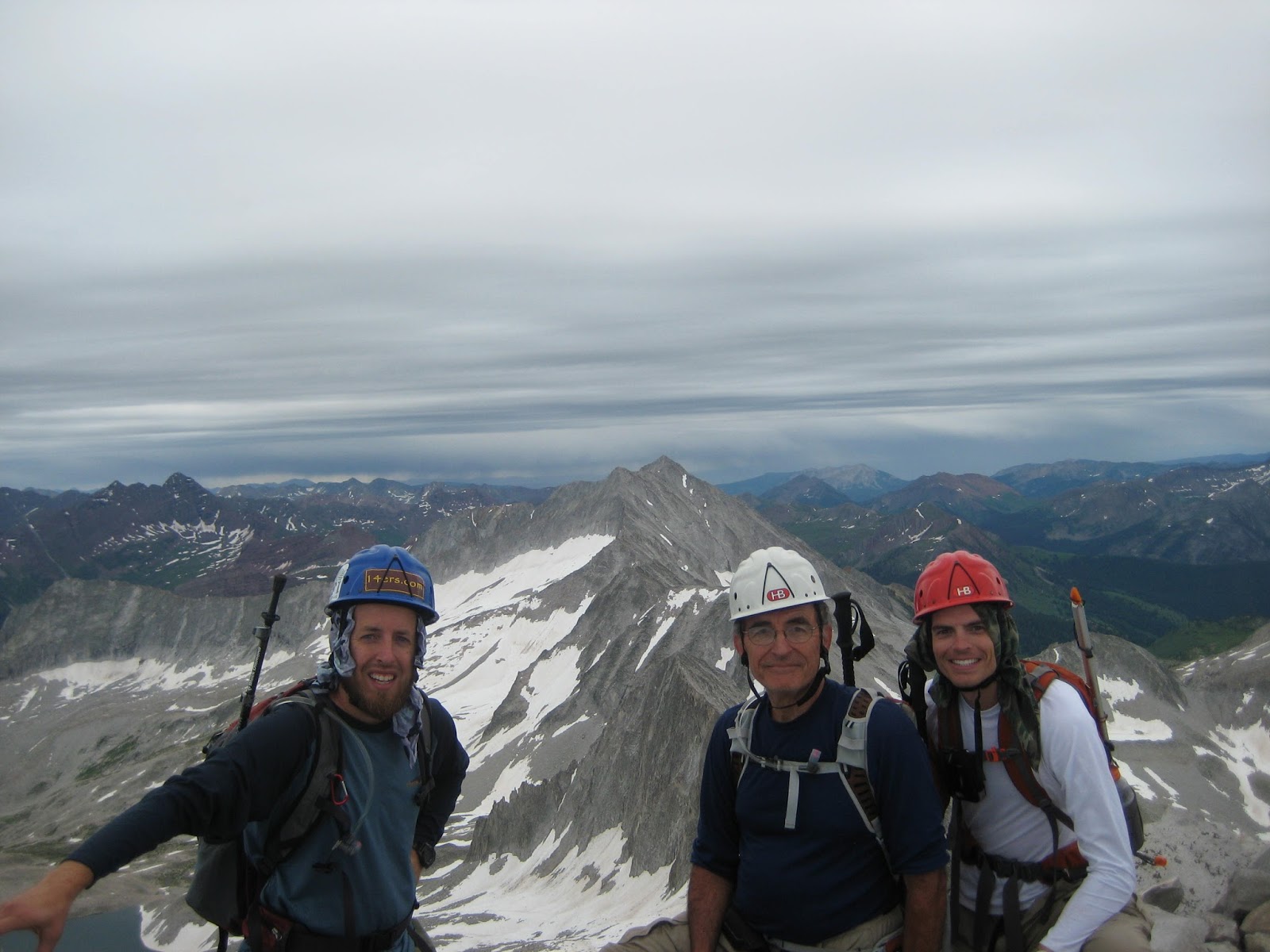 The thought of being atop the mountain hits close to home for myself and much of my family.  It is a place, like Peter, I would very much like to be.  I love to be atop the mountains and enjoy the vivid beauty of God’s creation so much that I keep going back again and again.  You want to linger there forever.  Of course, there is a problem with that as well.  This may be a bit of a surprising or little known fact about mountain climbing, but we spend less than 5% of our time actually on the summit of a mountain.  Picture this, this past summer, my father, brother and I took a day and a half to get to the top of Capitol Peak at 14,131 feet.  After all of that hard work and painstakingly slow movement on the loose rocks, we only stayed atop that mountain for 23 minutes.  Then we had to start heading down.   In fact, on the taller mountains it is dangerous to linger on the summit for long. At that elevation one is increasingly prone to altitude sickness, one is most exposed to the quick changing weather, and one is furthest from the safety of the vehicle and civilization while on top.  Add to this the fact that the descent off a mountain is far more dangerous than the ascent and it is when most accidents take place.

It is a strange feeling indeed to hike and to climb for hour after endless hour and to finally realize the exhilaration of reaching the top, only to have to turn around and start heading down 20 minutes later.  Peter surely must have felt the same as he expressed his desire to stay atop the mountain with Jesus.

We never hear Jesus’ response in any of the gospels to Peter’s statement, but what we do see is Jesus continues to move on.  He knows He’s coming down from that mountain and on to the valley below for His most important work is still to come.  I mentioned just a moment ago, that when mountain climbing most of the danger is on the way down, and interestingly, we are going to find the same to be true in Jesus’ ministry.  Up to this point He has been gaining popularity at every turn.  In fact, last week we saw Jesus followed so closely by the crowds that He actually had to tell one group that He had to keep moving on to see people and preach to other towns as well.

Yet, after His great moment on the mount of transfiguration, Jesus’ popularity is going to take a serious hit and the opposition to His work is going to grow.  Just as a climber descending from great heights has to guard against losing focus or imagining that the hard work is over, those who would follow Jesus must not lose sight of His identity or His true purpose on earth.

You see, at the heart of Peter’s statement is a deeper problem than just having made what amounts to a silly statement.  His heart was set on glory.  He focuses on glory but doesn’t want to face the suffering that will and must precede it.  This is true in so many aspects of life.  We’ve certainly heard the phrase “no pain, no gain”.  Or the best things in life are worth fighting for.  Even when it comes to the mountains, if one wants to take in the splendor of the summit, one must first put in the hard work of hiking and climbing to get there.  In this we see the true order of the kingdom: suffering must precede glory.  Following Jesus is not the way of glory, it is the way of the cross.

Jesus has to descend off the mount because He knows this.  He knows that His is the way of suffering and death.  He also knows that His greater glory is still to come.  Today, we just saw a glimpse of it, a foretaste of what is still to come.  In His transfiguration we’re getting a quick peek behind the curtain of what will be soon to come … the resurrection.   Even for us, we know today really isn’t the main event.  This isn’t the real holiday of the church year.  If it were then all the pews would be filled like on Easter.

Today, we walk with Jesus from atop the mount of the transfiguration and follow Him on the path to the cross.  We will leave the Epiphany season and all its joys and alleluias behind, and we will begin the slow, contemplative, repentant  walk of Lent.   We will follow Jesus through it until eventually He suffers and is nailed to the cross.  It is there that our Lord truly begins His glory.  In His suffering and death is the real glory as He crushes the devil’s head, as He pays the terrible price for the sins of mankind, as He flings the gates of heaven wide and as He finally conquers death in His resurrection back to life.

I mentioned earlier about this past summer when my father, brother and I stood atop Capitol Peak in Colorado.  Not only was that a difficult and dangerous climb, but it was also the last of the 54 14,000 foot peaks that remained unclimbed for the three of us.  In making that summit our goal that had spanned 24 years would be complete and we would be finished.  It was one of those moments, to reach such a long-term goal that was truly a top of the world moment.  Yet, as we stood on top of the world for those 23 minutes with the looks of elation on our faces we all knew the same thing: we were not finished.  Not by a long shot.  It was in that moment we realized that the real goal was to get home safely.  That’s where we truly needed to be.  Home.  And the way down isn’t easy.

In life, for each of us, the journey looks much the same.  Our real goal is not the glorious mountain top moment, whatever such a moment might look like to each one of you.  That’s just another step along the way.  As Christians, we could actually look to our baptism as the real mountain top moment for us.  In that moment when God saves us and calls us His own, we already peaked, we had the curtain veiling the glory of salvation opened to us.  The Lord brought us there and gave us salvation, but now we need to head down off the mount to our real home.  Heaven is that home at the end of the journey.  It is not a ladder we’re climbing to or a mountain we have to summit by some great momentous effort of being “good” all our days.  Rather, being home, in heaven, is a gift, a blessing of grace from God, that not only will we find ourselves with Him forever, but we’ll realize that He’s also been our guide every step of the way.  Praise be to our and Lord Savior Jesus for coming down off that mountain, for walking the path of the cross, for winning the victory over death, and preparing that glorious home at the end of our earthly journey.


To God be the glory, Amen.
Labels: Sermon Theology