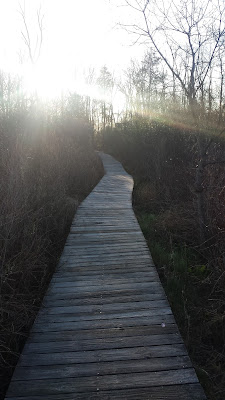 The Trail Half was one of my favorite races in 2015 and so I wasted no time in getting signed up for the 2016 version.  An added bonus was this year was the 30th anniversary of the race and so they had special wooden medals to be handed out.  While I did opt for the Half again this year I do still harbor aspirations, when my calendar allows, to still attempt the full marathon or even the 50K.

Once again I made sure to arrive plenty early as I recalled from last year how quickly the lots began to fill up.  I left home about 5:40am or so and was at the Silver Lake lots just before 6am.  A good handful of cars were already there.

Pre-race
It was about 38° outsde at the start of things, but with the sun out and no real breeze it didn’t feel too bad. By the lake it was the coolest, but after that, on the trail especially, it felt pretty decent.  Upon arrival I grabbed my race shirt and bib and then headed back to the car where I sat in the warmth listening to the radio for 20 minutes.  Plenty of other individuals were in there cars with engines and heat running.  Just before 7:30a I headed out to hit the bathroom and then get a mile or so warm-up jog in.  I headed up from the trailhead and over the two boardwalks to get close to a mile.  Also on the return jogged out to the point and back to the car.  I was able to get another 10-15 minutes at the car to change up clothes and shoes and get ready for the race. 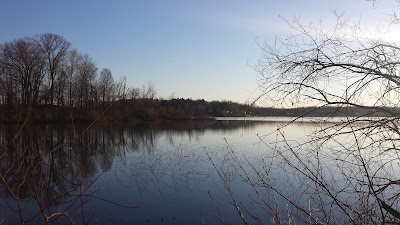 Clothing
I wore my Chicago Marathon shirt and my blue Salomon race shirt over it and this worked well. The CM shirt seemed to be my thinnest and lightest tech shirt to wear as a 2nd layer. I wore some real thin brown gloves which I probably took off around mile 5. I started with my headband on and ditched that around mile 2 or 3. I wore some of the newer white-blue socks and I think this was a mistake. They were more than thick enough and I think caused my feet to sweat too early creating a slight blister problem. Couple that with wearing the Salomon SpeedCross 2’s and I think its time to retire them. My feet felt like they took a pounding and I do have several blisters.  It was definitely the right move to go without long sleeves and worth contemplating even going down to one shirt. 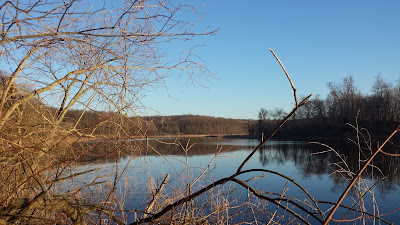 Nutrition Strategy
In terms of nutrition I ate about 3 of the strawberry Gatorade gummies in the 20 minutes pre-race. For breakfast I had two Eggo waffles during the drive as well as a banana. Beforehand I was sipping on some Strawberry-Lemonade gatorade. During race I took two Endurolytes around 10 minutes in, a Clif Shot Gel (Double Espresso) around mile 4, one more Endurolyte (dropped the other), around 50 minutes in, a Jet Blackberry GU around mile 8.5 and two more Endurolytes around 1:25:00 in. This seemed to work pretty well. I drank either water or lemon-lime Gatorade at each of the last 3 aid stations and was sipping water from my hydration pack. I put in just over a half liter and probably only drank 20% of it. Could probably get away with 0.2 or 0.3 liters next time.

Race Results
I had a bad training April leading up to this race so I was concerned how I would do. Having dealt with a 17-18 mile training run in late March that over did it, a strained right knee before Colorado (Mar 27-Apr 1), an over-do-it climb of La Plata Peak in Colorado and then a 2 day stomach flu bug which interrupted a handful of days training and never did let my stomach get back to 100% just had me off the last several weeks. I was prepared to be several minutes slower this time around. I did record from last year’s Runkeeper track my splits at each of the aid stations so as I raced today at least I would have some benchmarks.
By the Blind Lake aid station I was about 30 seconds ahead of pace. By the Glenbrook Rd aid station I think I was about a minute behind. I also had a split for the Silver Hill Rd crossing and this I was again about a minute behind. Overall this pleased me to be tracking so close to the previous year.
I tried to run the first few miles a little easy thinking my training wasn’t quite 100% I did pass some folks. When we hit the main road crossing after the Losee Lake trail I tried to pass a handful of people. The Losee Lake section was very crowded and I figured the extra expenditure of energy would be worth it on the road to pass some slower people. As with last year, the first 3-4 miles stayed fairly crowded though not overbearing. I was able to pass for the most part when I wanted to and i had a few good runners pass me as well. By the time I hit aid station #2 I was still feeling fairly well. Coming into the Blind Lake aid station I felt I had managed most of the hilly section pretty well but wasn’t too overconfident. I noticed I kept a pretty good pace after Blind Lake, aside from the two main hills in that area. 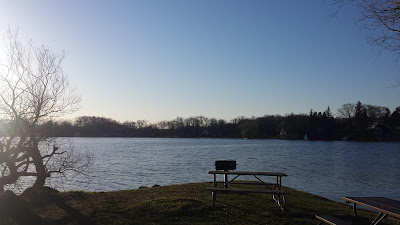 The shortcut was one of my quickest sections as it is mostly flat and even slightly downhill in parts. After the Glenbrook Rd crossing I ran behind a group of 5 or 6 other similar-paced guys and we stayed fairly close til the last mile. After mile 11 I was anxious to get to the last big hill to get it over with and it seemed to take forever to come. I think it is late in that mile and not too far before the 12-mile mark. I did run/jog the whole hill barely. I passed two guys who stopped to walk but had a 3rd guy pass me after cresting the hill.  I noticed here on out that the 5 or 6 guys in the group I followed after Glenbrook Rd had mostly spaced out ahead of me.  I clearly had lost a little time.  The last mile I really tried to push the pace hoping to catch last year’s time. I could tell I was pretty much ready to scrape the bottom of the barrel in terms of overall energy. My watch showed a 7:30 pace for awhile but as I hit the last 2 boardwalks I noticed that had risen to about 7:48 showing I just couldn’t keep it any faster. 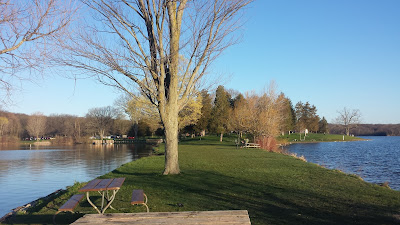 I was thankful however that my legs felt surprisingly good the last few miles, it was actually my cardio that seemed to be my limiter. I recalled last year feeling the typical long distance fatigue which even nearly had me fall on a few downhills near the end. I didn’t feel any of that today.
Post-race
After the race I got my medal, a water and grabbed a banana and some pretzels to snack on. I walked around a bit looking for familiar faces and when the breeze off the lake started to cool me and my sweaty shirt I hit the car to exchange some things. I stuck around til about 10:30a or so just enjoying the atmosphere. I ended up 7th in my age group. The 5th place finisher was at 1:48:37 this year which I think is very attainable for me if I get everything together next year.