Talk about a spur of the moment summit ... well Royal was it for us. As we came down from our Hoosier Pass snowshoeing expedition we knew we had the afternoon free and wanted another challenging hike to make the most of our time. The thought of Mt. Royal came up and it was an instant draw. So we made the snowy drive from Hoosier Pass on down to Frisco. We grabbed some lunch and decided to head for the big parking lot at the end of 2nd avenue that we had seen last summer. Along the way we were amazed how much snow had fallen in Frisco. As we neared the end of 2nd we found that the parking lot gets closed off for the winter, so we parked along the street and geared up.
We found that the regional bike path gets great use in the winter and it was a well-packed trail even with all the new snow. We headed past it and a great meadow of snow lay before us below Mt. Royal. We hiked towards the south end of it to some signs and found one that pointed northwest and said "Mt. Royal TH 0.2 miles". We hiked a short ways NW through the meadow to what we thought was a clear trail up the slope. So we ventured on.
We hiked along what seemed like a trail for almost 2/10 of a mile til we saw that this trail kept going in a direction that led away from Royal. At this point we started relying heavily on my Nokia GPS as I had our track from last July loaded into it. We could tell that the standard route (which we picked up from the main trailhead) from last year was some hundred feet above us. So we found some old tracks in the snow and headed upwards on the slope. We ascended 150 feet and found what looked like a clear trail again. It was still about 75 feet below last year's track but we wondered if that was just GPS error. We followed this for a 1/10 of a mile and again found it was not taking us in the right direction (up). At this point I could see that the standard route was starting to ascend rapidly and we'd quickly losing it if we kept doing what we were doing. So we spent about 15 minutes trying to figure out our options. Ascending straight up the slope from where we were at was less than desirable as it was roughly a 40 degree slope in 2-3 foot snow. We finally decided upon trying to switchback our way upwards and to the northeast to make sure we'd catch the true trail, if it was up there. This proved to be an enduring ascent trying to climb through thick snow (sliding back with every step) and hoping and praying to find a trail at some point. We did finally, and met up with last year's route perfectly.
After joining the real trail it wasn't long til we found the meadow with the mining tailings (covered with snow of course) that we could remember from last year. From this point on route-finding became a non-issue finally. Our challenge was cutting trail into the deep snow. Matt and I took turns switching off at the lead for the duration of the ascent. It was quite a physical push (especially after the morning's 3-mile hike and yesterday's 14er ascent). As we began to near Royal's summit we even had to set a turn-around time of 4pm knowing we wouldn't want to be caught in the dark for long. We gained the summit ridge at 10,417 at around 3:40pm. We did try to reach the true summit and went northeast for several hundred feet to a high point on the ridge. We took several minutes to enjoy the top and take a few shots, as well as refueling, and then headed down.
The descent of Royal was such a blast compared to the ascent. Our trail was well-packed from the three of us and we could almost literally fly down trail. No concerns of falling with 2 feet of powder to fall into, and the snowshoes provided just the right traction for quick movement. As we neared the tailings meadow we ran into another hiker with a snowboard and a dog. He was a local and explained to us how close we were on our ascent to getting it right. He invited us to follow his path on the descent and so we started in that path. His path was not on the track from last year, he left the meadow above the true path and we quickly disliked this as the postholing, even with snowshoes, was bad. We backtracked to the main trail and began to descend it as originally planned. We had plans to follow this all the way to the main trailhead and the bike path if necessary. We were fortunate to find the "proper" path to where we had ascended. At about 9375 on the slope we found an intersection with clear cut trails and we realized that when we found one of the false trails on the ascent and went left, if we had turned right for about 100 feet we would have found the trail. Well we used this knowledge to get back to our earlier ascent route and were able to descend the remainder of the slope back to the snowy meadow at the bottom. We were amazed how quickly our descent went and were back to the car by dark.

I took tracks of this hike for both our ascent route and our descent route. Since we ended up bushwhacking on the ascent this makes for an interesting comparison between the two routes. Here is a KML of the entire hike for download: 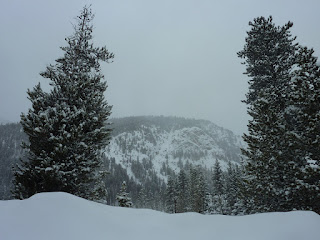 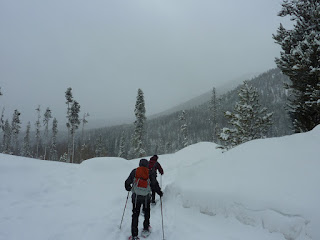 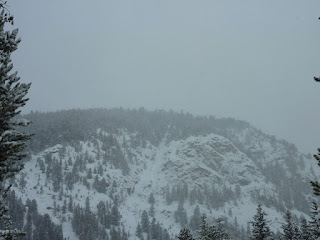 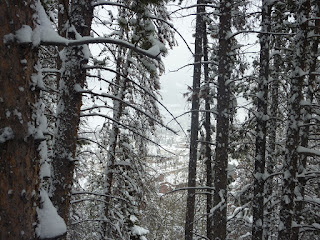 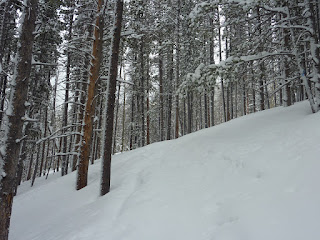 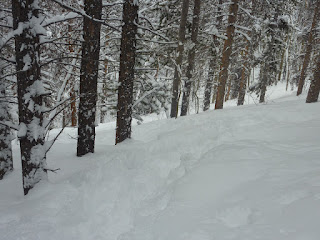 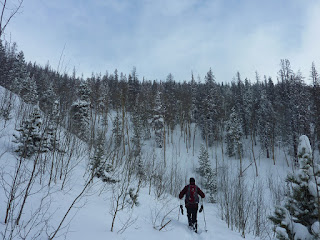 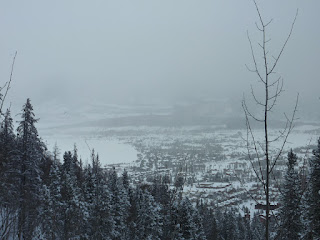 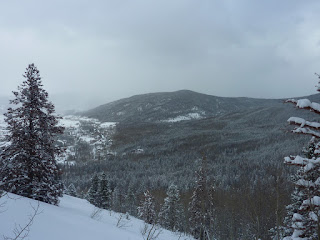 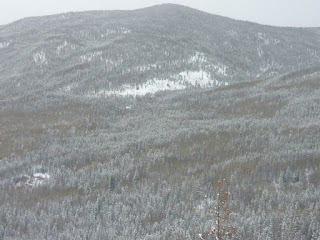 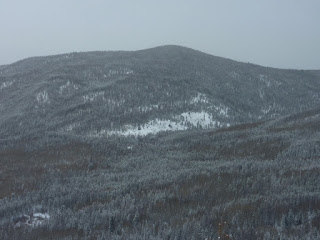 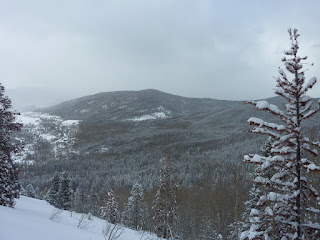 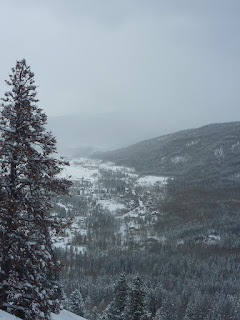 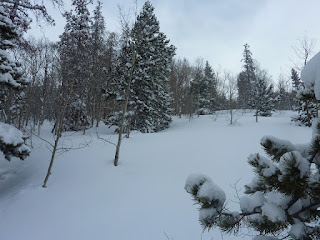 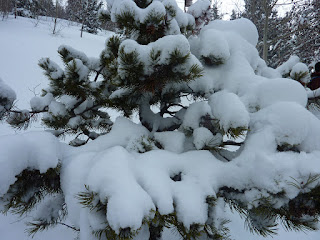 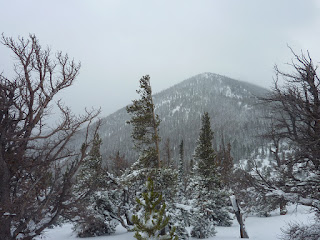 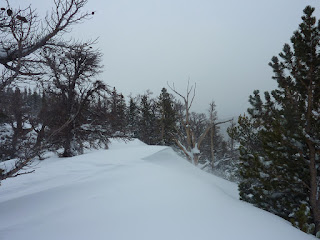 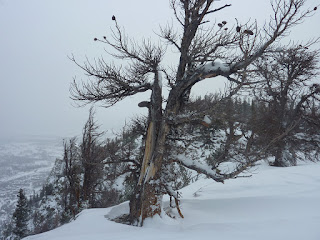 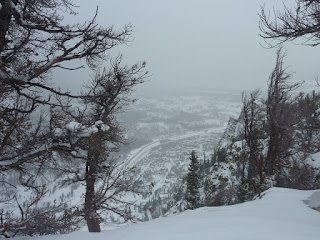 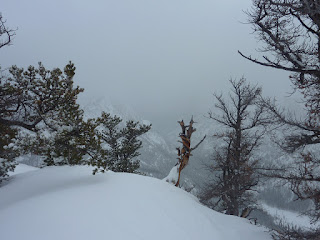 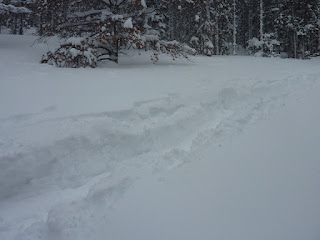 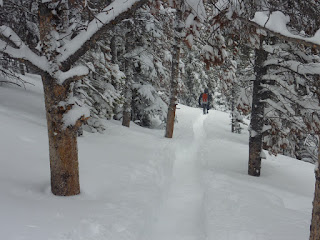