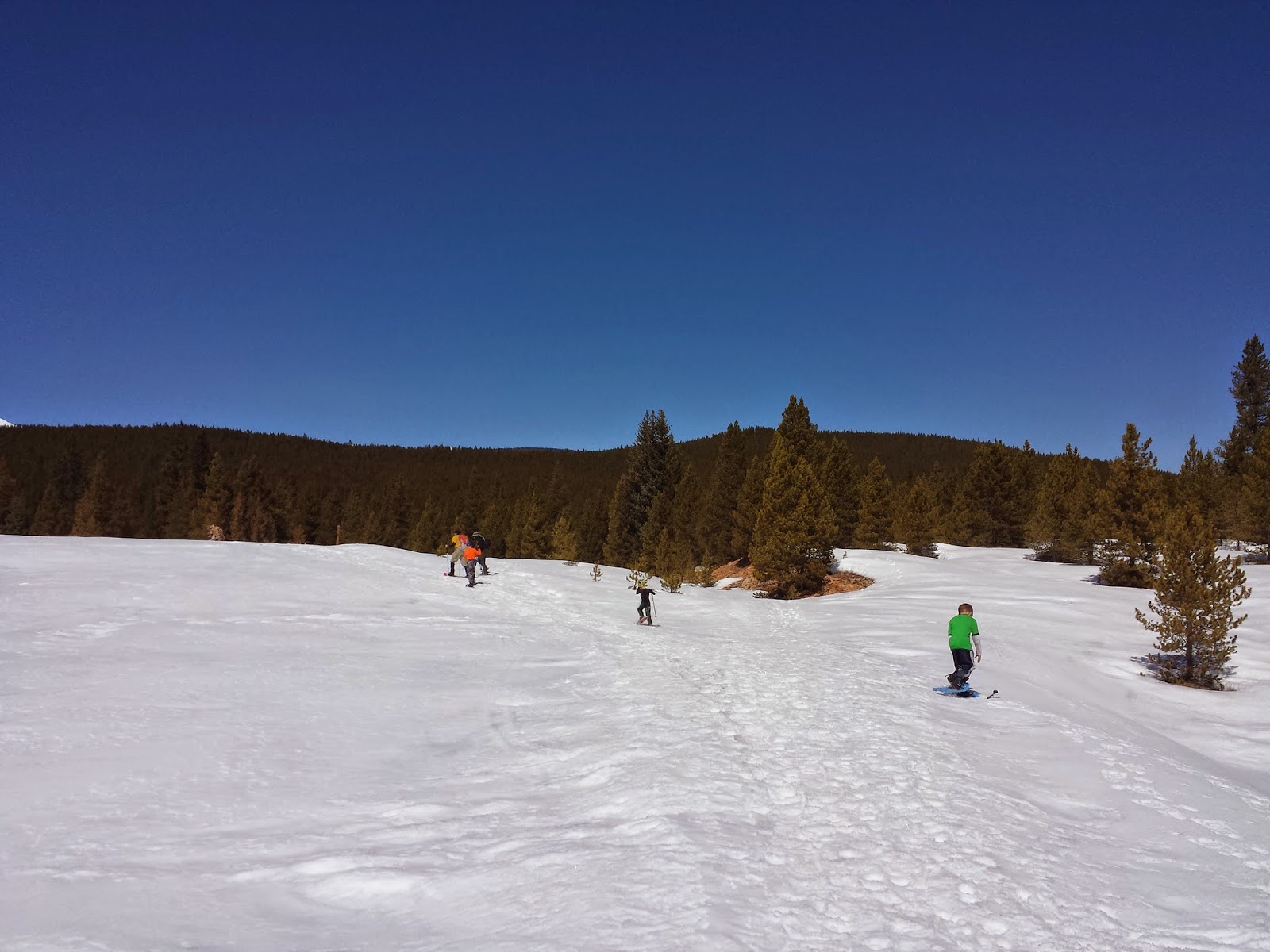 What better way to spend our first day out in Colorado than finding a good place to snowshoe.  We wanted a good hike to help us begin to acclimate a bit before we did some skiing and mountain climbing the rest of the week.  We were also concerned about finding a place that still had enough snow.  It was April 6 and the lower elevations were getting all melted out.  We were staying just east of Buena Vista and there was no snow left in those areas.


We had snowshoed the Tennessee Pass area in 2010 and hoped it would be holding snow well again this year.  As we drove up that way we were pleased to see the high peaks holding snow, but along US24, we weren't seeing much near the road. 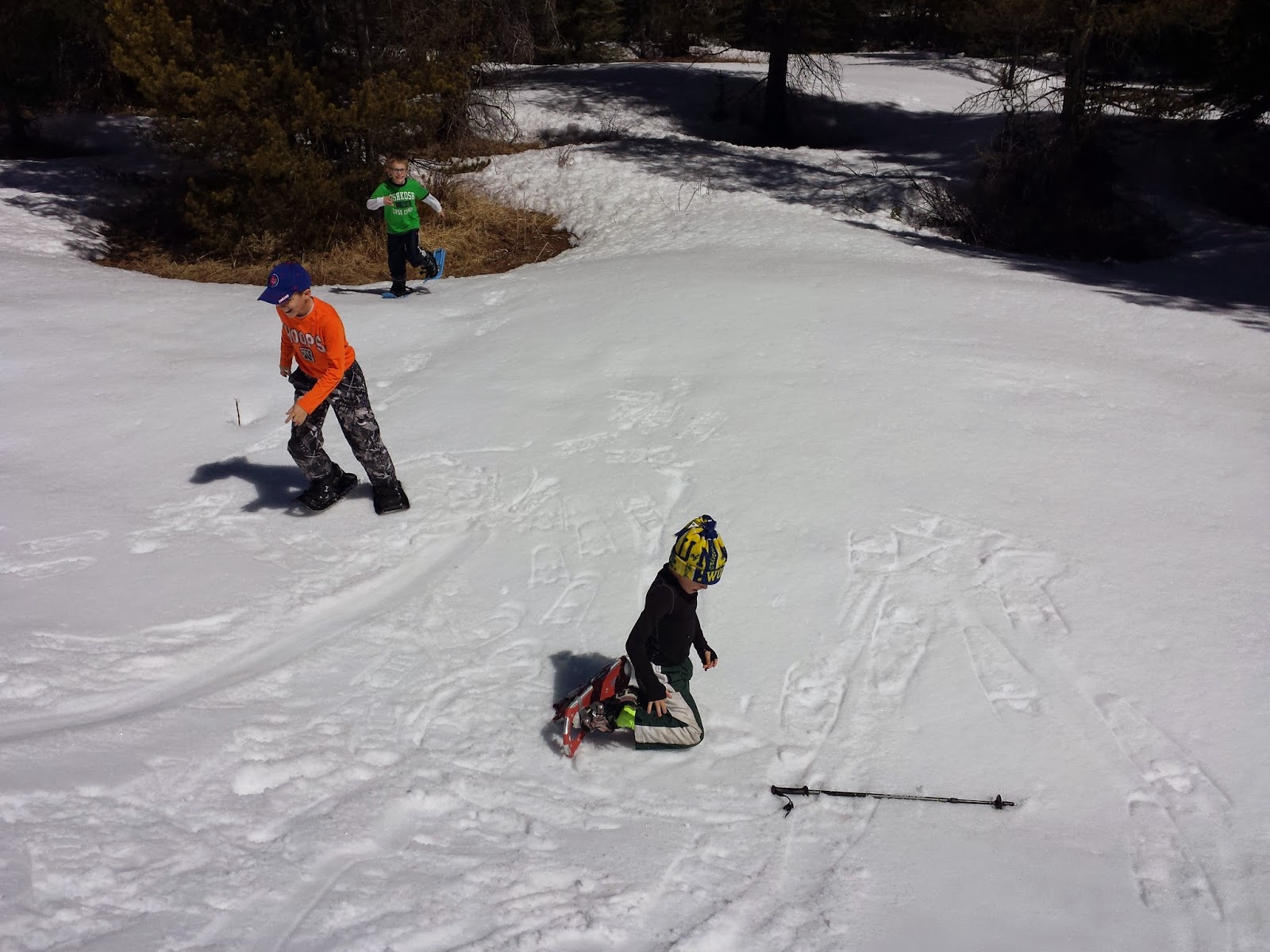 In the parking lot at the pass we were pleased to see that there was a good amount of snow.  We started onto the Colorado Trail out of the north end of the parking lot.  Temps were pretty mild.  Almost 50 perhaps.  We really didn’t know how to dress for this and didn’t want to bring too much, and even so, we still probably did.  We all dropped jackets into packs and I managed with a long-sleeve tech shirt and zip-off pants.  No snow pants required, I did use gators and they probably helped just a bit.

We followed the Colorado Trail until the Powerhound Loop broke off to the southwest and started heading uphill.  On the Colorado trail portion the trail was large and easy to follow.  Once in thicker woods the trail became a bit more of a challenge to follow.   Along the Colorado trail we found a mini slope that the boys enjoyed sliding on for a few minutes.  We have found over the years, especially early in the hike, they need to unwind a bit and have some mental stimulation and this provided it well. 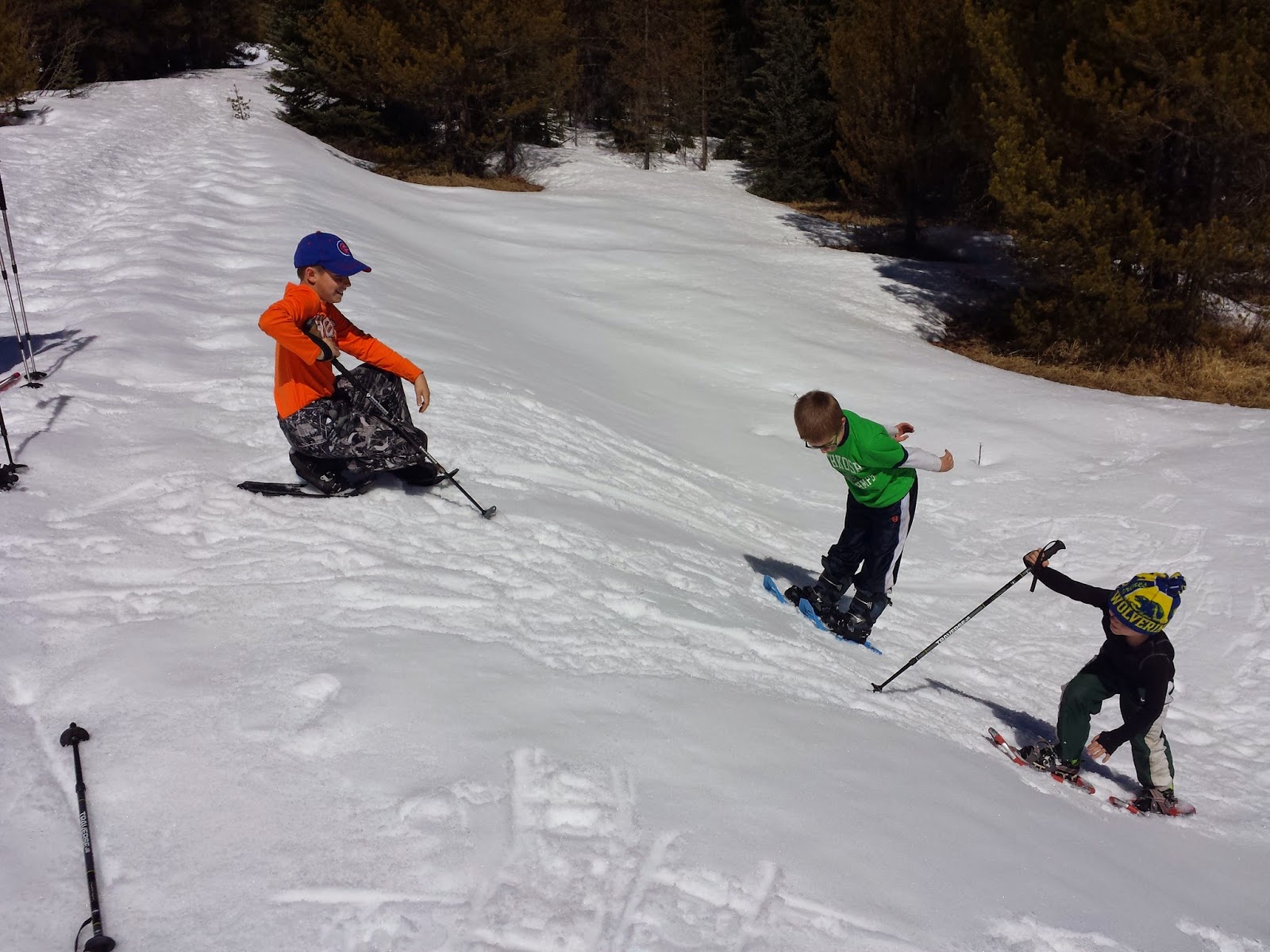 On the Powderhound Loop Trail we began to gain elevation up towards a ridge.  The trail was deeply buried under the snowcover in here and the thick trees appear to be able to hold this snow for some more weeks to come.  We would not have been able to follow the trail if it were not for the blue diamond markers put on the trees to help mark the trail.  The boys, particularly Jonah and Seth had fun looking for these markers and even made a competition of it.  We would also see the occasional foot prints in the snow that would help us confirm we were still on the path.  We only got lost for just a moment when Seth missed a turn. 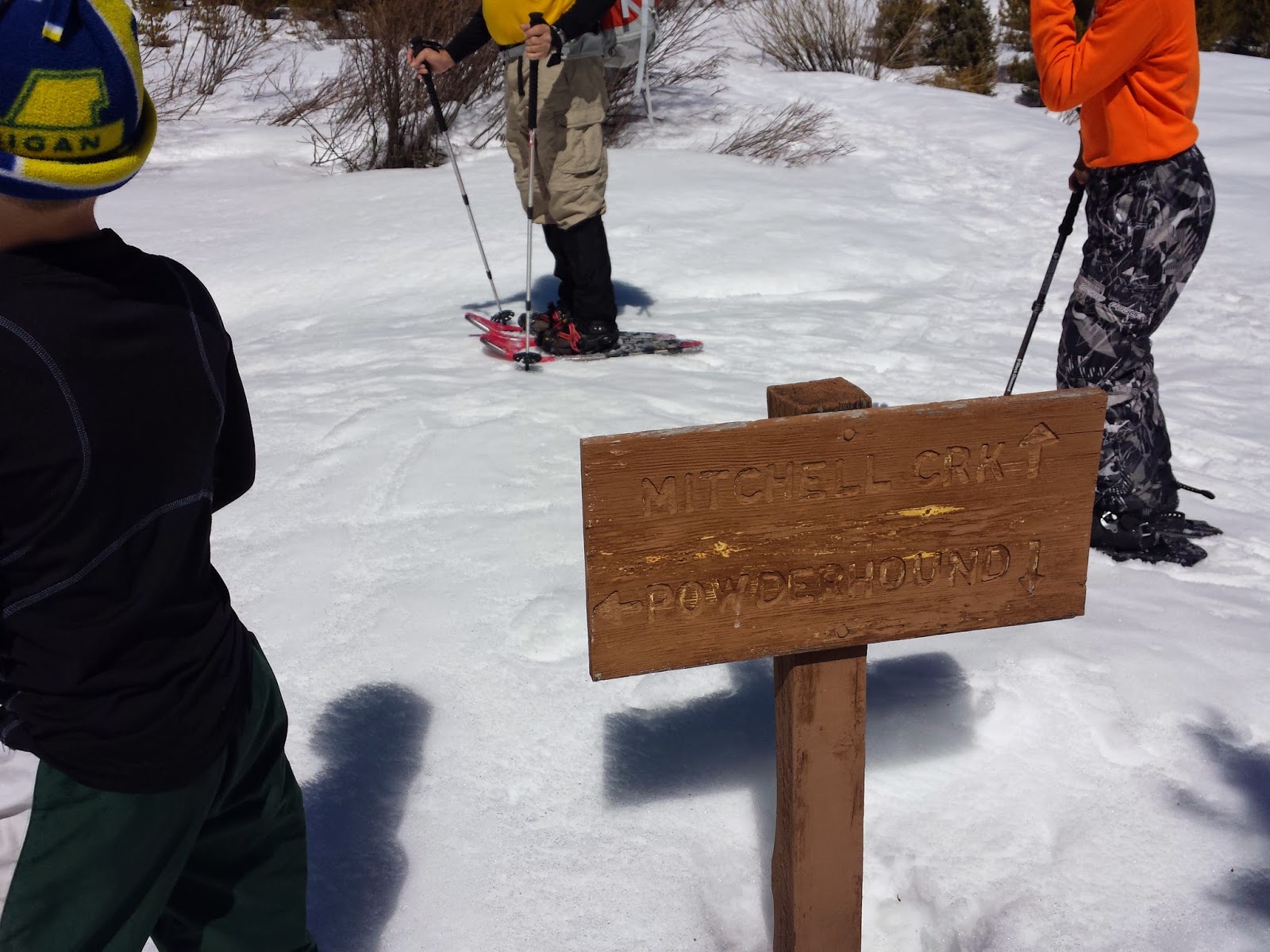 At the top of the ridge we were pleased the uphill was done.  We also ran into a trail junction up there and decided to follow the Timberline trail as a shortcut back to the start.  If you look at my map below you'll see how the Powderhound Loop continued on for more distance.  The Timberline trail made more of a beeline back towards the parking lot and the boys made great speed heading down hill.

On the hike Luke had a rough go as he was still a bit weak from being sick over the weekend.  He still was a trooper though and pushed through his troubles for a good hike.  In the end, the boys were enjoying themselves and we were pleased to have had a perfect weather day to enjoy the snow and the trails.

I captured a track of our hiking with the BackCountry Navigator app on my smartphone. This track is available for download: