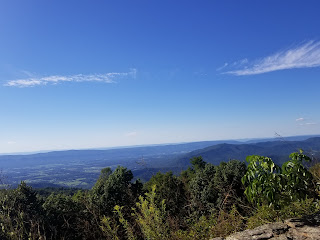 Trip Report:
To hike Hogback Mountain we decided to try a shuttle hike. It is entirely along the Appalachian Trail which runs almost entirely along the Skyline Drive. We figured this would be a family-friendly hike and the only way to pull it off, short of doing an out-and-back, was the shuttle option. So we dropped everyone off at Little Hogback Overlook and then Lisa and I drove the vehicles to the Hogback Overlook at the end of our hike. We left one vehicle there and then came back to the starting point. This worked out great for us. 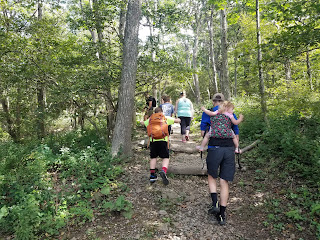 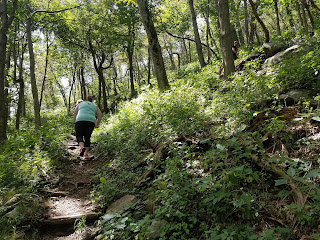 It took a bit of searching to find the A.T. but we found it off the northeast end of the parking lot. It was deceiving at first as it looked like the trail was heading to the northeast, the opposite of where we wanted to go. But there was quickly a junction where the southbound AT then headed broke off. A short flat start then led to a 400 foot climb. This taxed some members of our group. The trail was good though and switchbacked nicely to keep things manageable. We realized in hindsight we should have done this shuttle hike in the opposite direction to make it mostly downhill. Oops. 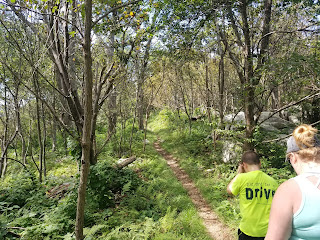 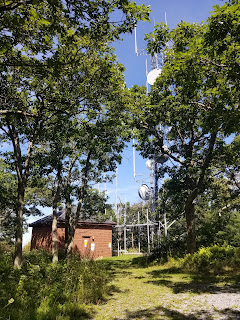 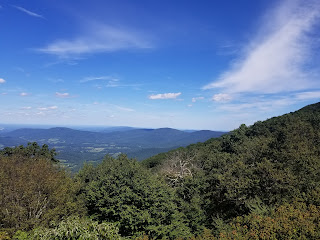 At the top of the climb the trail leveled out. There was only one spot along the way where an opening appeared in the trees to get some views. I was surprised to see the AT skirted south of the actual Hogback summit and never topped out. Some maps suggested it would hit the summit. Just before the trail hits the main road it intersects with an old fire road. Some in our group decided to go straight to the vehicles. My boys and I hiked up the fire road to see if we could find views on the Hogback summit. We found the radio towers up there but the trees never opened up for any views. 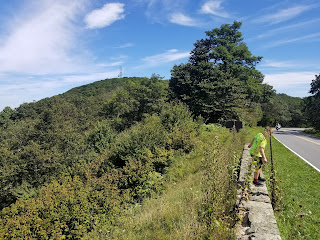 Our second hike of the day was to seek out the high point of Shenandoah National Park. All indications pointed towards this having some nice views from the summit unlike our Hogback hike. For this one it would turn out to be only Luke and myself making the trek. The rest of the group was going to drive a few more miles up the road to Big Meadows for gas and refreshments. We worked out another sort of shuttle hike for this one. They dropped us off at the Lower Hawksbill trailhead and we arranged for them to grab us at the Spitler Knoll Overlook. It would be minimal driving for them and it would allow us to do an up and over of Hawksbill. 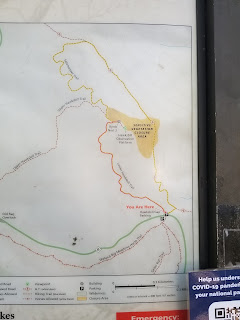 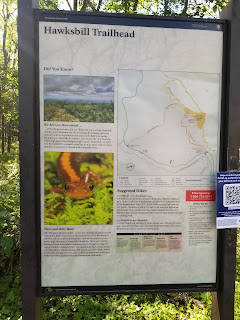 At the trailhead there were a ton of cars indicating a lot of people on the trail and the summit. This would indeed be the case. Its a popular hike to be sure. Its also a relatively easy one. It does gain almost 700 feet but its good trail the whole way and a class 1 hike.
Luke and I pushed a pretty pace on the ascent without slowing or stopping. We had to pass at least 10 different groups towards the top. Nearing the summit area there was a trail junction where the Upper Hawksbill Trail joins in. We were ascending on the Lower Hawksbill Trail. The joint trail quickly then hit the summit area passing by the Byrd's Nest No. 2 hut. At least 50 people were in the summit area maybe more. Thankfully in this COVID-19 era there was plenty of space up there for everyone. We took just a couple minutes for pictures and then began our descent. 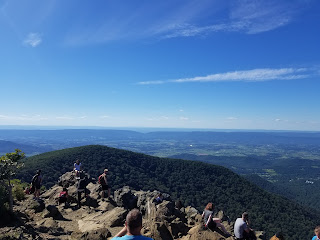 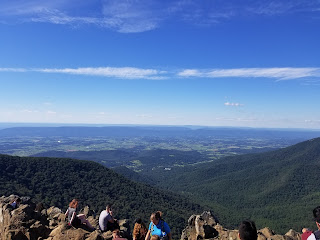 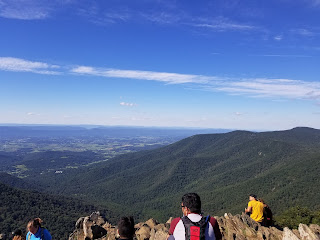 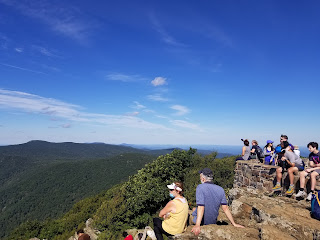 For the descent we made a right turn onto the Upper Hawksbill Trail and then shortly thereafter was another junction for the Salamander Trail. We continued descending on the Salamander Trail. After perhaps a halfmile of switchbacking descent it gained the Appalachian Trail. We followed that out to our ending point. The final hurdle we encountered was signage. We had in mind we were heading for the Spitler Knoll Overlook. I knew the AT didn't hit that directly but there was a small spur trail that we would need to use. I was following our progress on my GPS and glad I did. We encountered a junction called Rock Spring Cabin Parking. It turns out that is pretty much the same parking as Spitler Knoll. Based on the map I had to figure this was the case so we made that left turn onto the spur trail and left the AT. Right move. Shortly after we gained the parking and found our pickup ride to head out.

Hawksbill Summit was definitely worth it. Luke and I had a great time pushing the pace and completely a nice traverse of the mountain. It was fun piecing together a few different trails and not having to go for an out-and-back. 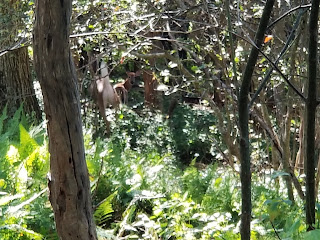