Martin Luther and the Diet of Worms 500th

It is not very often we get to celebrate the 500th anniversary of a momentous event in history, and yet just around a month ago that is exactly what happened.  It is an event you may or may not know well by name, but I assure you the lasting effects of this event are still known by every one of us to this day.  The event I speak of is called the Diet of Worms. It was an imperial meeting involving Emperor Charles V of the Holy Roman Empire as well as nobles and other leaders from the Roman church and the lands of Germany.  While they had many matters of business to discuss there was one day involving one individual that stands out above all the rest.  On April 18, 1521 a German monk named Martin Luther was called before the Diet to recant his writings and teaching. It became a day never to be forgotten.

Martin Luther had already been declared a heretic by the Roman church and Pope Leo X and the Diet of Worms was to be the Emperor’s moment to once and for all stop Luther and his works.  A representative of the pope presented before the assembly all the written works of Luther and asked him if he would recant them.  Ultimately, Luther refused.  His response is of particular interest to us still to this day because I believe, alongside many others, that his response helped to change the course of history and the very relationship between the human conscience and earthly authorities.  This was Luther’s response:
“Unless I am convinced by the testimony of the Scriptures or by clear reason (for I do not trust either in the pope or in councils alone, since it is well known that they have often erred and contradicted themselves), I am bound by the Scriptures I have quoted and my conscience is captive to the Word of God. I cannot and I will not retract anything, since it is neither safe nor right to go against conscience. I can do no other. Here I stand. May God help me. Amen.”
The phrase I would especially draw your attention to is the phrase “my conscience is captive to the Word of God.”  Whether or not you agree with the theology of Luther’s writings and what came out of the Reformation, this particular statement is one that all Christians and individuals need to stand with.  Our conscience, which is to say, that which we hold to be true and right and moral and good, needs to be founded in something that is unchanging and above and beyond ourselves.  The Word of God is that foundation.  Consider what happens to us when our conscience becomes captive to other entities on this earth.  Is our conscience to be captive to the whims of the government?  To the constantly changing society we live in?  To other influential human beings in our life?  A conscience founded in such things will be like a sailboat whipped and tossed around by the great waves of a stormy sea.
On this matter, Luther has reminded all Christians of a basic principle of our lives and one that has changed the world.  Our conscience should not be bound by any earthly authority.  But we must be careful where we go with this.  Authority is God-given and the earthly authorities in our lives do have a place and a purpose that is to be respected.  Governments are good and necessary to establish laws and boundaries for order in society.  Our conscience, however, cannot be ultimately bound to government or any other earthly authority.   This was one of the key world-changing outcomes of the Reformation.  Our conscience must be captive to the Word of God.  If mankind lived under this principle we might just see a great many of our problems begin to dissolve and disappear.  A conscience captive to the Word of God will by the grace of God live out a life that is pleasing to God and good for our neighbor.  We would love one another. We would care for those in need. We would be compassionate to all.  We wouldn’t be self-serving and seek only our own good.
No matter what faith background you come from, I would invite you to take a little history tour this week.  Find a good book or insightful internet reading on the Diet of Worms and Martin Luther.  Find out for yourself how this helped to bring about the world we see today and how this affects both you and me.
To God be the glory.

Mark Witte is the pastor at Grace Lutheran Church. Contact him at pastorwitte@gmail.com 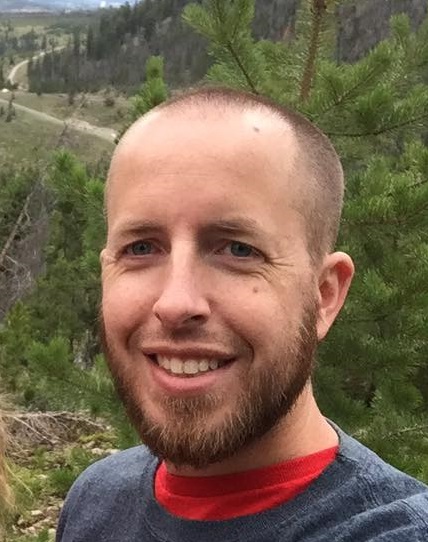